It is that time of year when music critics make their year-in-review lists: best albums, worst albums, best new artists and so on.   To help critics with their year-end review, I’ve put together a list of the top artists that stopped performing in 2011 – due to retirement, breaking up or due to death.

I made this list using by calling Echo Nest artist search call, limiting the results to artists with an ending year of 2011.  Here’s the salient bit of python:

You can see the list of the 3,300 or so artists that stopped performing in 2011 here: Artists that called it a day in 2011. Thanks to Matt Santiago, master of data quality at The Echo Nest, for coming up with the idea for the list.

In the same vein, I created a list of the top 100 artists (based upon Echo Nest hotttnesss) that became active or released their first recording in 2011. 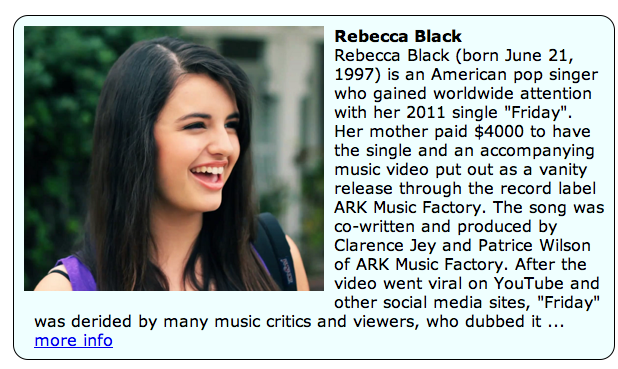 Check this list out at: Top New Artists for 2011