Billboard has long been known for tracking the hottest artists, albums and songs.  Now they are moving into new territory – Music Apps.  In October Billboard is hosting a Music App Summit – a day focused on the world of mobile music apps.  The summit will focus on new companies and technologies that are now building the next generation of music applications for mobile devices.    The summit has some awesome speakers and panelist  lined up from a cross section of domains  (technology, business and music) like Ge Wang, Ted Cohen, Dave Kusek, Brian Zisk and The Echo Nest’s CEO Jim Lucchese.

At the core of the summit are Billboard’s first ever Music App Awards.  Billboard is giving awards to the best apps in a number of categories: 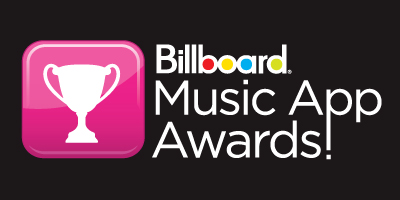 Winning developers receive some modest prizes – but the real award is getting to demo your app to the attendees of the summit – the movers and shakers of the music industry will be there looking for that killer music app – the winner in each of the app categories will get to show their stuff.  If you have a mobile music app consider submitting it to the Music App Awards.   The submission deadline is July 30.