I saw this interesting video from IDEO for c60 – an RFID-based interface that ‘reintroduces physicality to music, something lost with digitization and the move to the cloud.’

This video got me excited, because it is the hardware piece of an idea that my friend Steve Green and I  had called ‘SongCards’ while working at Sun Labs a few years ago.  We pitched SongCards to Sun’s management (Sun was big into RFID at the time so it seemed like a good fit), but Sun didn’t bite – they decided to go buy MySql instead.  And so this concept has been gathering digital dust in a text file on my laptop.  The c60 video has inspired me to dust it off and post i here.   I think there are some good ideas embedded in the concept. Perhaps the folks at IDEO will incorporate some into the c60, or maybe Eliot will add this idea to his Untapped Apps portfolio on Evolver.fm.

Here’s the concept in all its glory:

The digital music revolution and the inevitable move of our music from our CD racks, iPods and computers, to the back room at Yahoo, Apple, or Google will make it convenient for people to listen to music in all sorts of new ways, however at the same time it will eliminate many of the interactions people have had with the music.  People can’t interact with the albums, read the liner notes, display their collection. They can’t trade songs with their friends. There is no way to show off a music collection beyond saying “I have 2,025 songs on my iPod”. Album art is a dying art. 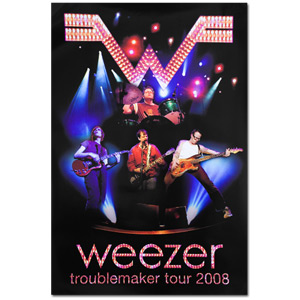 Imagine if you could buy music like you buy collectable trading cards such as Magic the Gathering, or Pokemon cards.  One could buy a pack of cards at the local 7-11 for a few dollars.  The cards could be organized by genre.  You could buy a pack of ‘boy-band’, ‘alternative-grunge’, ‘brit-pop’, ‘British invasion ‘, ‘drum and bass’ etc.  Each pack would contain 5 or 10 cards draw from the genre of the pack. Each card would have all of the traditional liner note metadata: lyrics, album art, artist bios.  Also associated with each card would be a unique ID that can be read by an electronic reader that would identify the unique instance of the card and the song/performance that the card represents.  The new owner of the card would add the song to their personal collection by just presenting it to any of the owner’s music players (presumably they are connected to the music server run by the music service provider). Once this is done, the user can access and play the song at any time on any of their music devices.

A package of music cards can be packaged in the same way as other trading cards are packaged. Typically in each pack there are one or two ‘special’ cards that are highly desirable. For music cards these would be the highly desirable ‘hit cards’.  The bulk of the cards in a deck could be made up of lesser known, or less popular bands.   For instance a ‘British invasion’ card set may contain ‘hey jude’ as the special card, and a few lesser known Beatles songs, and few songs by “the who” and perhaps some by “the monkees” and other songs by bands of that era.  This method of packing music would allow for serendipitous discovery of music since you would never know what songs you would get in the pack.  It would also encourage music trading, since you could trade your duplicate songs with other music collectors.

Trading – since the cards represent a song by a digital id, trading a song is as simple as giving the card to someone. As soon as the new owner of the card puts the card into one of their music players the transfer of ownership would occur, the song would be added to the collection of the new owner and removed from the collection of the old owner.  There would be no limit to how often a song could be traded.

Some interesting properties of music cards:

That’s it – SongCards – Just imagine what the world would be like if Sun had invested $800 million on SongCards instead of that open source database.

This entry was posted on December 17, 2010, 12:49 pm and is filed under fun, Music, research. You can follow any responses to this entry through RSS 2.0. Both comments and pings are currently closed.