I spent this weekend in Rochester NY where I participated in the Rochester Institute of Technology’s WiC Hacks – a hackathon for women of all skill levels.  At the hackathon women from the Rochester area – including many from local high schools and middle schools spent 12 hours learning about technology and then applying what they learned by making a hack that they could show off to the rest of the hackers.  Around 75 women hackers were in attendance along with participation from companies such as Google, Apple, Xerox, Intuit, and, of course, Spotify and The Echo Nest. Companies provided technical guidance, inspiration, mentorship and prizes.

There were lots of great hacks in built during the hackathon. One of the crowd favorites was The Virtual Outdoors, an Android app designed to interest young women in STEM technologies using real life applications and fun games built by a team of high schoolers.

Another nifty hack was the Mixtery – a game in which you had to figure out the identify of a song that has been beat-shuffled with the Echo Nest. This hack won the Echo Nest prize.

The winner of the Spotify prize was Steminist – a web app that helps you identify the type of science, engineering or tech field you might be best suited for – it rewards you with some Spotify music after finishing the quiz.

All in all, it was a great event – with lots of energy, great teamwork, and lots of really creative ideas from all of the young women. Plus an added bonus I got to see my daughter @imjen – she was helping out and even gave the Twitter API talk. 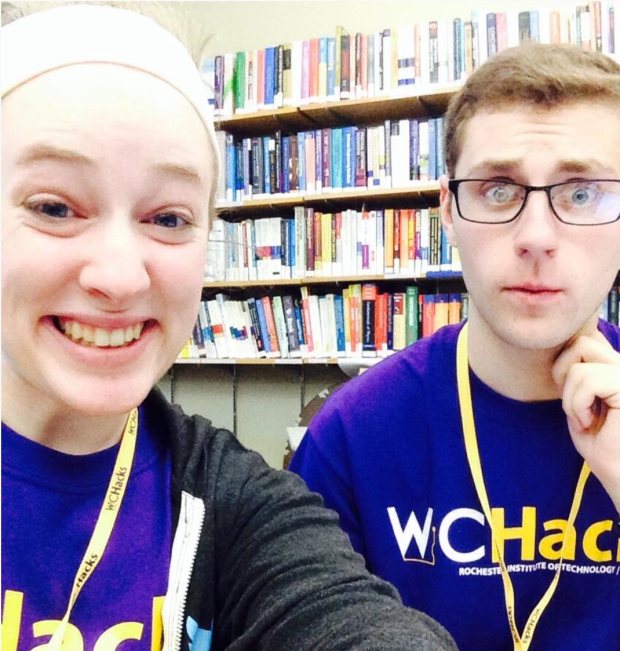 Congrats to the organizers for putting together such a wonderful event. Looking forward to participating in more events just like this one.

This entry was posted on April 27, 2014, 6:28 pm and is filed under Music. You can follow any responses to this entry through RSS 2.0. Both comments and pings are currently closed.