Last weekend, Barbara Duckworth and Jennie Lamere teamed up at the Tufts Hackathon to build a music hack. Here’s Barbara’s report from the hackathon:

For our second hack day, Jen Lamere and I were wildly successful. Going into the Tufts hackathon, we knew that we wanted to create a hack involving music, but we didn’t want the hassle of having to make hardware to go along with it, like in our last hack, HighFive Hero.

As we were walking to the building in which the hackathon was held, we decided on making a program that would suggest a movie based on its soundtrack. The user would tell us their favorite artists, and we would find a movie soundtrack that contained similar music, the idea being that if you like the soundtrack, the movie would also be of your tastes. So, lets say you have an unnatural love for Miley Cyrus. Type that in, and our music-to-movie program would tell you to watch Another Cinderella Story, with Selena Gomez on the soundtrack. With Selena also being a Disney Channel star and of similar singing caliber, the suggestion makes sense. 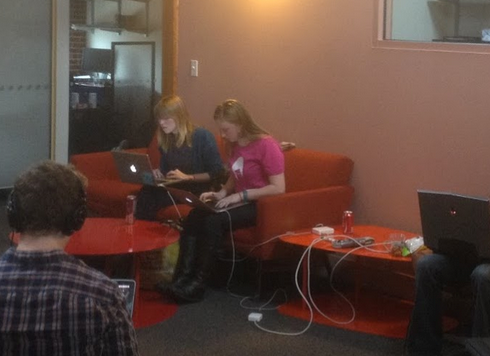 Barbie and Jen hacking away (photo by Ming Chow)

We used The Echo Nest API to search for similar artists, and with the help of Paul Lamere, utilized Spotify’s fantastic tagging system to compile a huge data file of artists and soundtracks, which we then sorted through. We also added a cool last-minute feature using the Spotify API, which would start playing the soundtrack right as the movie suggestion was given. Jen and I hope to iron out any bugs that are currently in our program, and turn it into a web app. 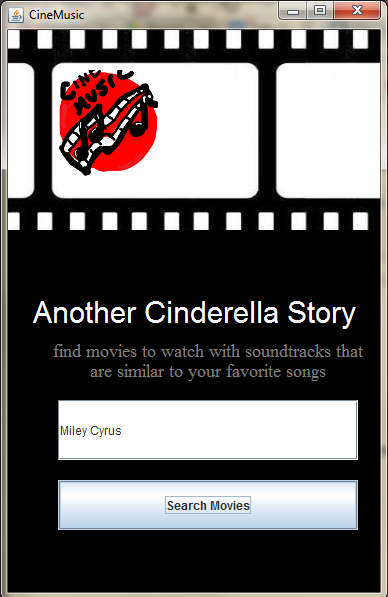 Our (if I do say so myself) pretty awesome hack, combined with our amateur status, won us the rookie award at Tufts Hackathon! Jen and I will both be proudly wearing our new “GitHub swag” and we will hopefully find a way to put the AWS credits to good use. Thank you to everyone at Tufts, for organizing such a fantastic event! 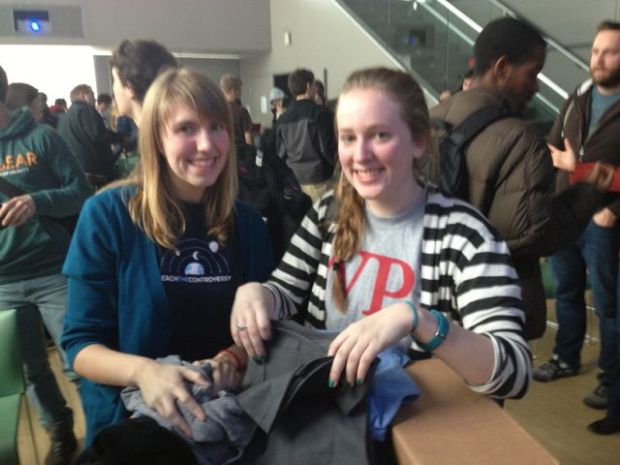 This entry was posted on February 26, 2013, 7:28 am and is filed under events, Music, tuftshackathon. You can follow any responses to this entry through RSS 2.0. Both comments and pings are currently closed.